The Test has received validations from noted psychologists Dr. Peter Blair, Dr. Greg Wallace, having combined experience of over 50 years in Psychology. The CIQ Testing Program was specifically created for Indian Students keeping in mind our dynamic cultural differences, level of education & academic development of children which is largely different from western countries.

CIQT is an India’s First Indianised proprietary test developed to understand the Intelligence Quotient of an Indian student. CIQT scores provide the parents with in-depth understanding of their child’s current academic caliber which in turn helps in sorting of compatible career choices.

CIQT is a 75 minutes test for students aged 13 years and above. 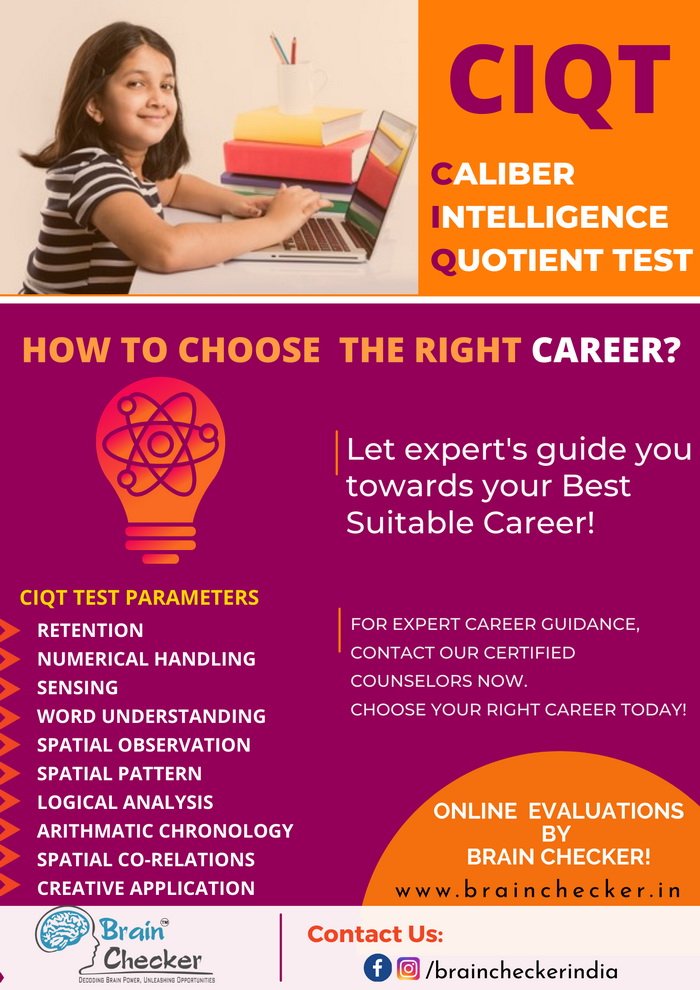 At Brain Power we are always willing to have a productive conversation. Let us help you make the choices that matter!

GET IN TOUCH
